How to Find OS Version with a Command Line for Windows, CentOS, Linux, Ubuntu

Whenever you are going to upgrade some software or to buy a new one, you need to know your OS version. It is important to know it if you want your device to function properly.

For instance, a Ver command shows you the version of the Operating System. Systeminfo command will tell you about your service pack, the edition, the build number of your OS, and so on.

Now, we will check how to find the OS version for the most used operating systems with a command line.

The OS version is displayed with “Ver” command.

Sometimes, you might need other information, too. It can be found with other commands.

“Systeminfo” command shows you the service pack and much more data about your OS. These data can be filtered with the “findstr” command. Now, let us check all in detail.

Some examples are given further.

If you want to find out more data, in the findstr search, use OS. You will get much more data: 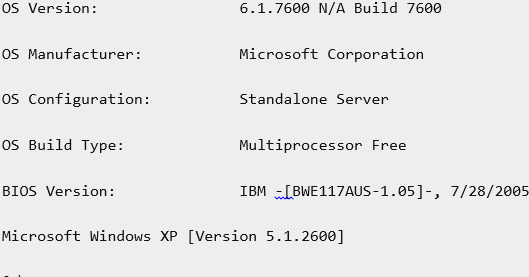 For Linux, you can use the Release command. Follow the instructions.

Open the bash shell. If you use a remote server, use SSH login.

Further, any of these commands will provide you the needed information:

The command uname-r is used to find out what Linux kernel version is.

The previous instructions can be perfectly used for CentOS and Ubuntu.

The major release version can be checked via release file. For that, execute the command

You will get the OS name. It will give also the major release version and other relevant information. 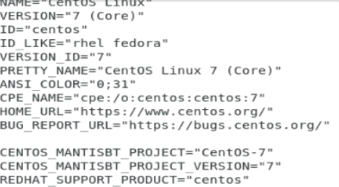 If you want to check the full release data, execute the command

Another option is to use a hostnamectl command. It queries and changes the hostname and other settings. It even shows the Linux kernel system.

Thus, to get the data with hostnamectl command, execute the command, and all the data will be shown.

Blog
Latest posts
A Guide on How to Reinstall a VPS How to Find Out the Correct VPS IP Address? How to Add Funds to My Account and How to Check My Balance? How to Set up Your Mail Server How to Install cPanel-WHM on CentOS 8